Its been a few weeks since my 32 litre Hemianthus Callitrichoides DSM tank was flooded and the plants are growing well.

The tank was cycled within a week as i used mature filter media from another established tank and the ADA aqua soil substrate had already released a majority of its ammonia and nutrients over the initial 6 week DSM period.

Limnobium Laevigatum (aka Amazon Frogbit) were added in from the start to help soak up the excess nitrates and nutrients.

I've also added in a nice tree-like twisty branch bogwood piece with Fissidens Fontanus attached (will have to wait for the moss to grow over the next few months). Hopefully it will eventually grow into a nice and lush fissidens moss tree. :)

Otocinclus Affinis and Neocaridina Heteropoda were added after the tank was fully cycled to help reduce algae and detritus. More fauna will be introduced progressively in stages.

This is a photo of the tank at 2 weeks post-flooding... 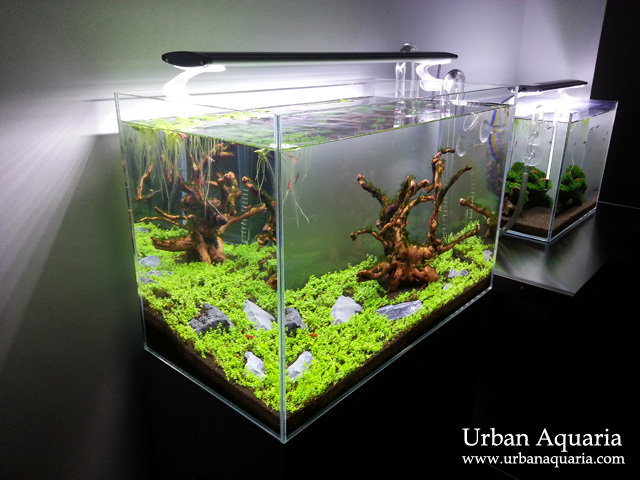 More photos of the tank... 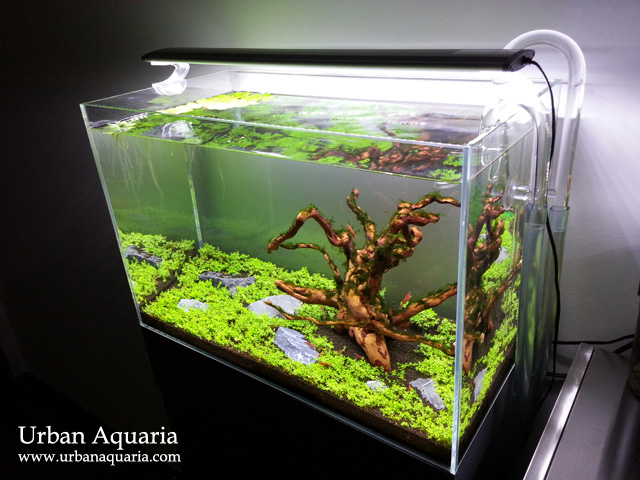 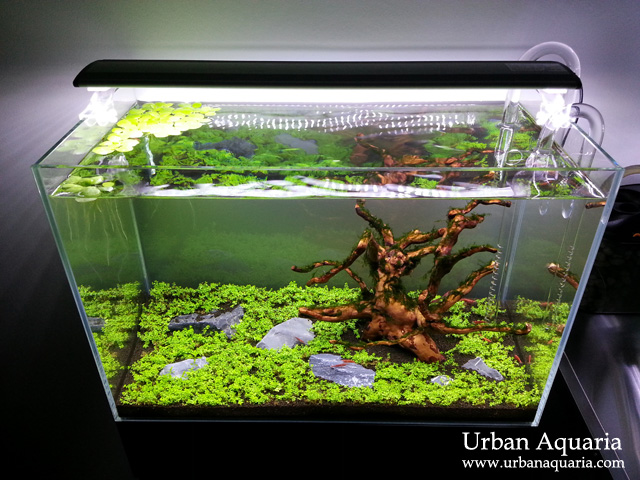 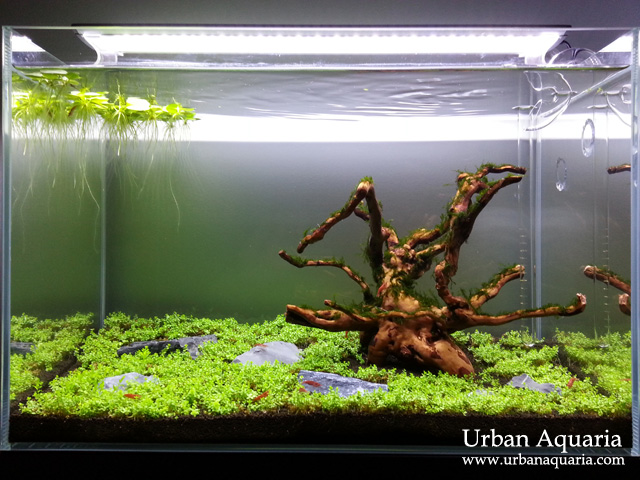 The tank looks abit bare at the moment, but it should fill out once i add more fauna and the flora have grown further.