Following up from my 23 lite "sand" tank post, i've finally managed to introduce some fauna into the tank... they are all catfish, so this tank will be dubbed the "Sand Cats" tank. :) 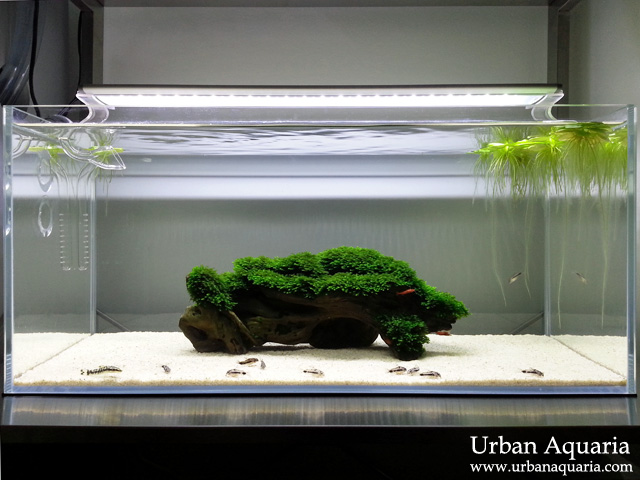 As this tank has a wide and low design, i choose to stock it with corydoras fishes since they spend most of their time on the substrate scavenging for food, hence the larger "floor area" will be ideal for their natural feeding behavior.

I choose Sudo Reef Sand as its is fine grained, as well as a light beige color which still looks natural, but yet not too glaring.

One of the reasons why i wanted the dwarf variants was so that i could stock more of them in the tank (without creating too high a bio-load) which would encourage them to display their natural shoaling and group interaction behaviors... and the small corys also look cuter too. :)

In addition, they stay at the bottom of the tank and scavenge around the majority of the time, just like the larger corydoras species.

Here are some of them in the midst of their favorite activity... 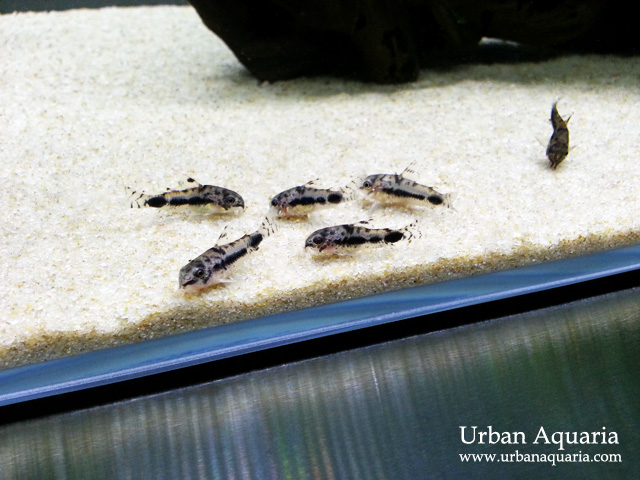 Those of you with sharp eyes would have also noticed a much larger catfish in the tank too.

Thats right... its an Otocinclus Cocama (aka Zebra Oto). 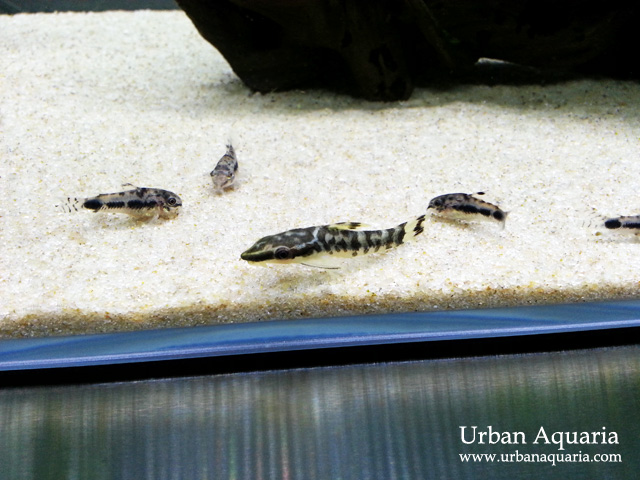 I got it from a friend a few weeks ago who recently de-commissioned one of his tanks and needed a new home for this fish, so i offered to adopt it.

Interestingly this particular adult otocinclus has been raised on commercial food and fresh vegetables from young, so it doesn't seem to be interested in algae... i kept it in quarantine for a few weeks in my shrimp-only tank which has lots of green and brown algae to choose from but it only went for the shrimp's food and vegetables.

It also spends most of its time rooting around on the substrate too... this particular oto seems to act more like a cory!

I figure it could have been so accustomed to prepared/commercial food that it doesn't bother with algae anymore. So i decided to shift it to this tank as the sand substrate is more suitable for its feeding habits and it would be more comfortable in the company of corys too.

So far, it seems to fit in nicely and even shoal around with the small corys. Its like a gentle giant amongst the tiny denizens.

Btw, i've read that some otos mimic corys in the wild to avoid predation (as corys have poisonous barbs which predators avoid, the otos adopt similar colors and behaviors to trick them too)... i think this oto is probably doing the same! :)