Transferred a Clithon Corona (aka Horned Nerite Snail) over from one of my other tanks, it has actually been shifted around various tanks for more than 6+ months now and its still chugging along grazing on algae, so i guess this is one tough little chap... 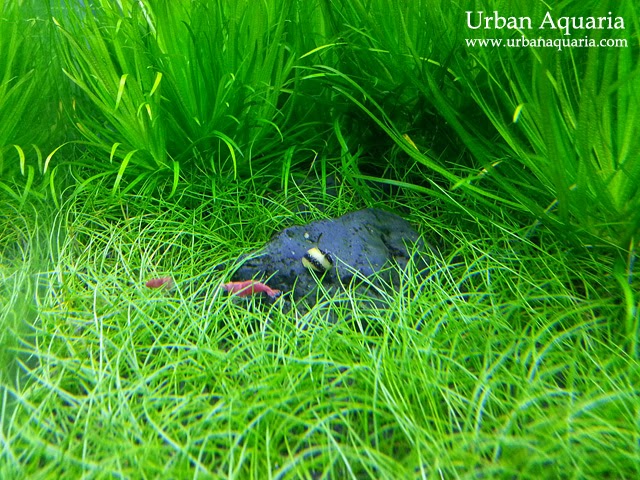 I've had annoying issues previously with female nerite snails laying lots of unsightly white eggs everywhere in my tanks... but i think this particular one is male (hopefully!), as i've not seen any eggs laid in any of the other tanks it has been in so far. :)

Just one lone (and tiny) snail isn't going to make much difference in algae management, but its got a nice shell pattern, so i'll just consider it as one of the tank's more "decorative" residents for now.