Its been almost a year since the last update of my 64 Litre "Hidden Paths" Tank, here is what it looks like now... 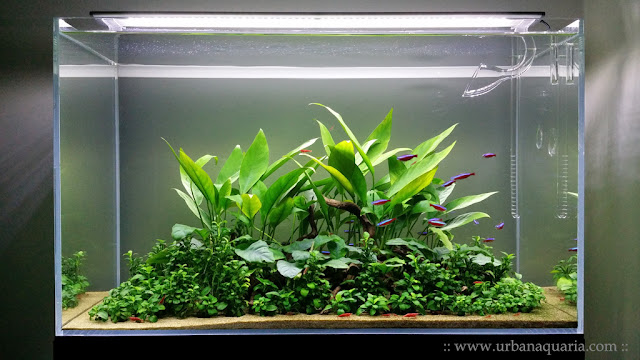 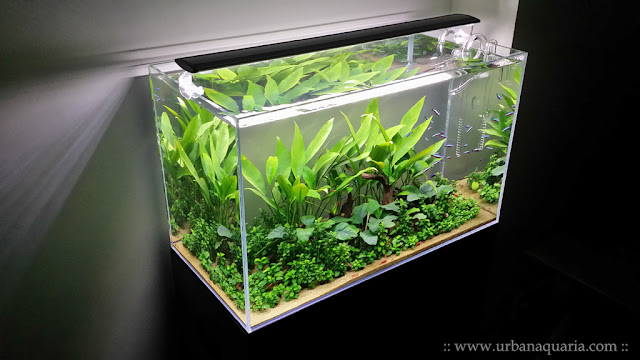 The overall layout is still more or less the same. As time went by, i gradually separated and transferred out the various Bucephalandra sp. plants to another tank. In their place, i added in more Anubias sp. "Petite" to fill in the foreground areas, along with other variants like Anubias sp. Coffeefolia as mid-ground cover. Most of the grey volcanic rocks were also removed because the plants ended up covering them anyways.

Paracheirodon axelrodi (aka Cardinal tetras) were swapped in a while back to add some dashes of red and blue colors to the tank. 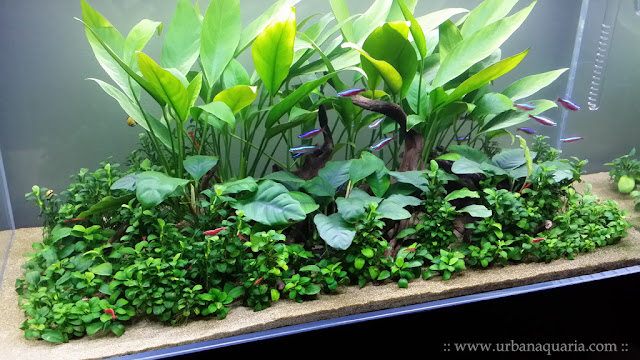 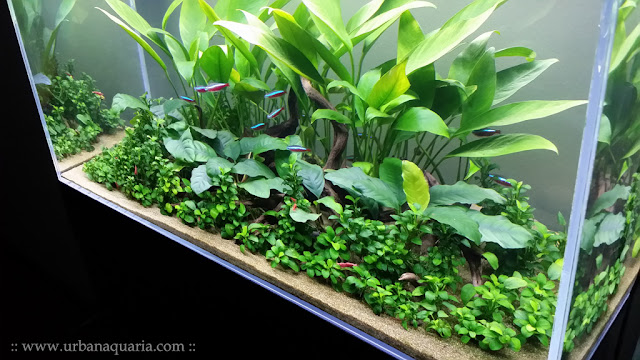 View from the substrate level. 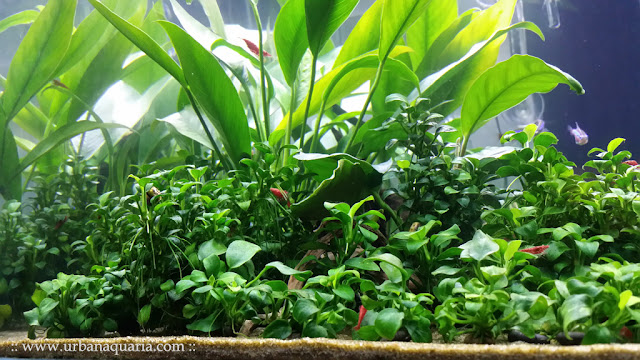 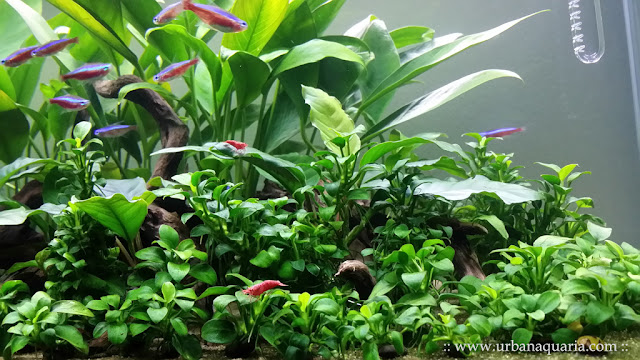 So far this tank has stayed relatively low maintenance. The usual routine involves just feeding the fishes every 2-3 days, weekly 20% water changes (sometimes bi-weekly if i'm busy) and some occasional pruning of old leaves every month or so.

Algae is kept under control by the resident population of cherry shrimps and horned nerite snails. The snails really make a big difference by constantly eating algae on the tank glass and plant leaves, this ensures that everything is kept sparkling clean. I keep around 12+ horned nerite snails in this tank and haven't needed to use an algae scraper for more than a year.

One thing to note is that while anubias are naturally slow growing and thus assumed to be low demand in terms of nutrient requirement... its usually when the tank has only a few of them. In a tank with higher density of anubias, especially the larger leaved variants, their combined nutrient uptake can actually be surprisingly high.

In the case of my setup, i found that i had to start dosing additional fertilizers once the plants density started to fill up more than 70% of my tank's base area. Just simply feeding the livestock was no longer sufficient. Without additional fertilizer supplements, the anubias leaves tend to progressively turn yellowish and develop holes. Once that happens, it means their nutrient reserves have run out, hence the need to dose both macro and micro fertilizers to support further growth.

Overall, this concept of a low maintenance modular planted tank went according to plan and worked quite well over a long term period. My next project will probably involve setting up a much larger tank layout. Most likely it will incorporate the ideas and plants from this tank too.

Posted by Urban Aquaria at 5:00 pm