This started as a side project to consolidate some of the bucephalandra variants that i've been collecting. It gradually evolved into an opportunity to try my hand at aquascaping a simple layout based on these types of plants. 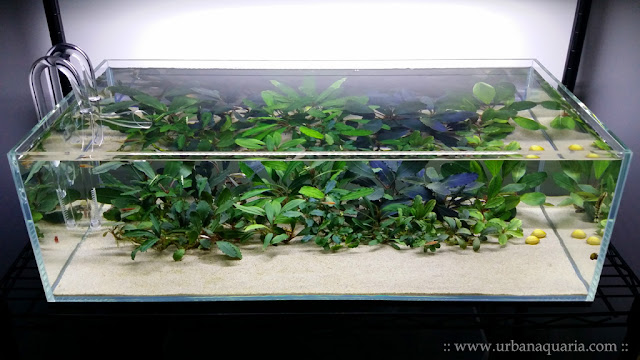 I noticed that many of the bucephalandra tank photos online tend to be rather dark and shadowy (perhaps its the type of lighting or camera effects used?), so i figured it might be a nice change to showcase a bucephalandra tank that has a brighter tone instead.

Initially i wanted to leave the sand area in front open with plans to keep a group of dwarf corydoras fishes... but i'll probably end up just filling up the space with more plants as i collect them.

Currently there are around 15+ varieties of bucephalandra in this tank. All their individual rhizomes are tied to small pebbles which are then partially buried under the sand and hidden, so it looks as if the plants are just sitting on top of the sand. This method also allows for easy shifting and relocation too.

I guess the top-down view could be reminiscent of what the plants may look like submersed along the edges of a jungle stream... 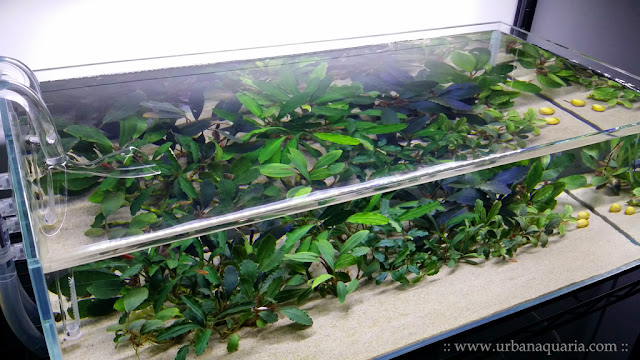 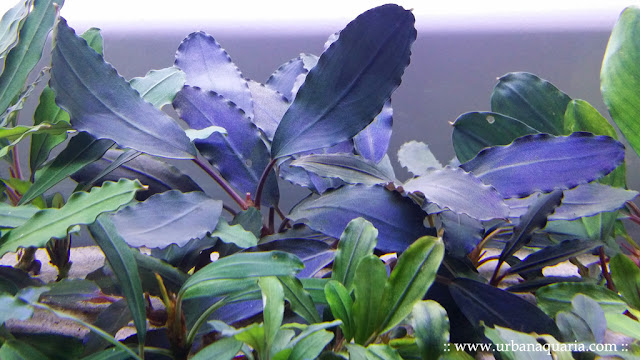 One of my favorite variants, Bucephalandra sp. "Elegant Blue". 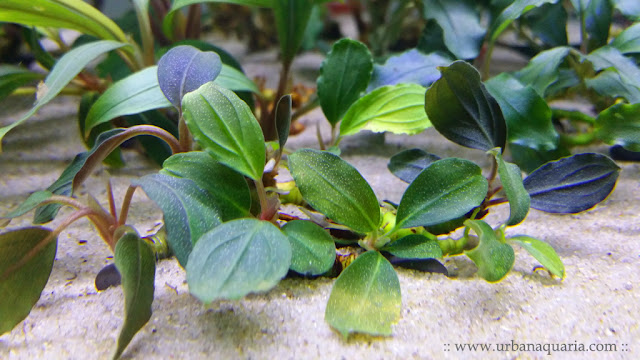